Some call it the worst shot in golf – and there’s no reason why it shouldn’t fit such a description. 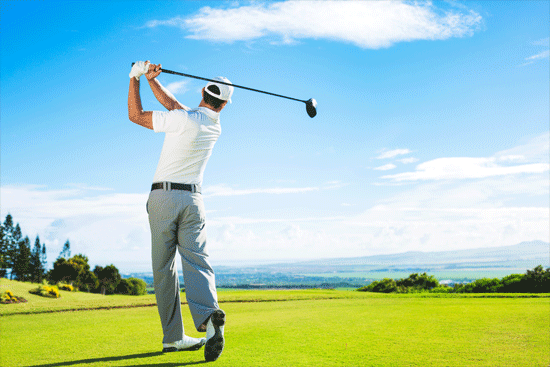 One minute you’re standing over the ball, nailing it down the fairway every time, and the next it’s shooting off at right angles. It’s one of those shots that’s not only a danger to your scorecard, but also to anyone who is stood in close proximity to you.

The problem with shanks is twofold. Firstly, as we’ve just alluded to, they can spring out of nowhere. Next, once you hit one, it becomes extremely difficult not to hit another. Some people think that this is psychological, while others think it’s just related to the mechanics which are causing the right-angled shot.

The good news is that these shots aren’t just limited to amateurs – the pros have been known to hit them through the course of a round as well. We’re not just talking about the average pro either, some of the best players in the world have so and done so on the big stage. As such, they can be fixed – and here are the best ways to do this.

Fix #1 – Stand further away from the ball 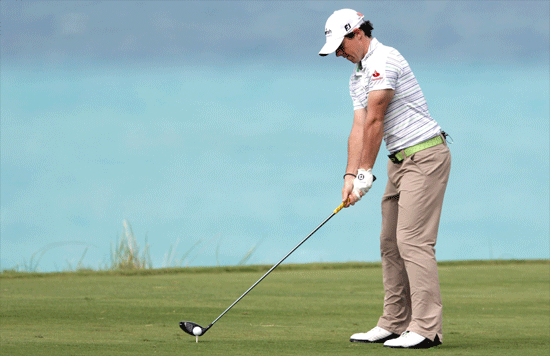 If this is the cause of your problem – you’re in luck. As any experienced golfer will testify, any minor changes to the set-up are more than welcome as they are utterly easy to implement. While they will result in other changes to the swing, there’s no getting away from the fact that it’s easier than changing your angles on your backswing or anything else along those lines.

As such, this first fix is merely stepping further away from the ball. It should go without saying that if you are standing too close to the ball in your set up, your body isn’t naturally going to be able to return that position on the downswing. Make sure that you’re not crowded – with the main rule of thumb being to keep a hand-width between the end of the club and your body. 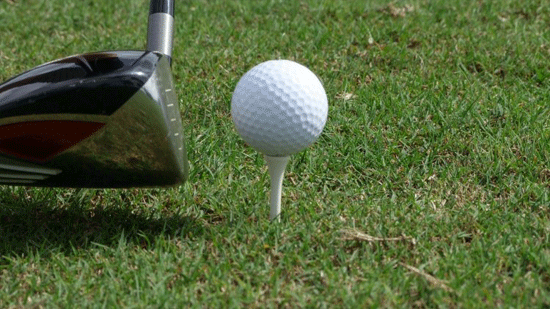 We mentioned the impact of psychology whilst shanking and there’s no doubt that this next suggestion falls into said category.

While you’re not necessarily changing your way of thinking, you are at least going to be “repositioning” the ball in your head. The previous suggestion spoke about how your downswing needs to return to the same position of where you started at your setup, and this follows similar logic.

In other words, you need to be trying to imagine that the ball is a couple of inches closer to your body than it really is. By doing this, you will be minimizing the chance that the hosel of the club strikes the ball and causes the dreaded shot.

A lot of golfers find that the easiest way to achieve this is to focus on a blade of grass which is just inside the ball. It’s important to at least find something along these lines – as without this it becomes very difficult to be able to focus and change your way of thinking in relation to the position.

In essence, it’s simply a way of compensating for the shot. A word of warning resorts to later down the line though, when the shank has hopefully disappeared into oblivion. It’s at this point where you may need to resort to your normal approach, as the underlying problems have probably disappeared and this changed way of thinking will simply result in your hitting the ball from the toe, rather than the hosel.

Fix #3 – Psychologically trying to hit from the toe 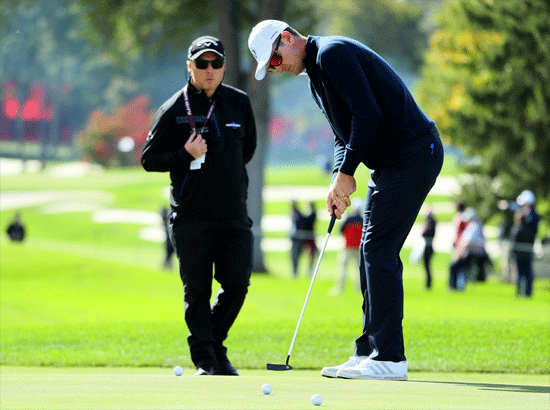 Following on from the previous suggestion, this next one really won’t come as a surprise. If the last approach doesn’t work, it’s time to think about your club face position as your downswing commences. Sure, in an ideal world you wouldn’t be considering this and it would automatically ping off the sweet spot. However, when shanks come into the equation, you’ve got to change your approach and instead try to hit from the toe on your downswing.

Once again, care has to be taken as soon as the problem has been resolved. Otherwise, again, you might find that the problem reverses itself and you start with those awful (but by nowhere near as disastrous shots) that ping from the toe of the club.

Fix #4 – Taking things further with a block of wood 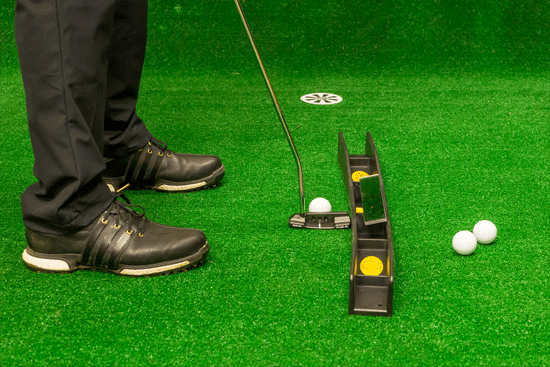 This next suggestion isn’t suitable for on the course, but if you’re hitting the practice range then it’s one of the best steps you can take. Admittedly, it’s something that can take a little while to get used to, but once you do it can cure your shanks once (and hopefully for all).

In simple terms, you will be using a block of wood as a “toe board”. The aim is to place the wood just above the ball; in other words, if you’re regularly shanking, you will hit the wood on your downswing. Naturally, this is something that you’ll be trying to avoid at any cost and you will compensate to avoid it.

Hit ball after ball until you regularly avoid the piece of wood – and subsequently stop shanking. 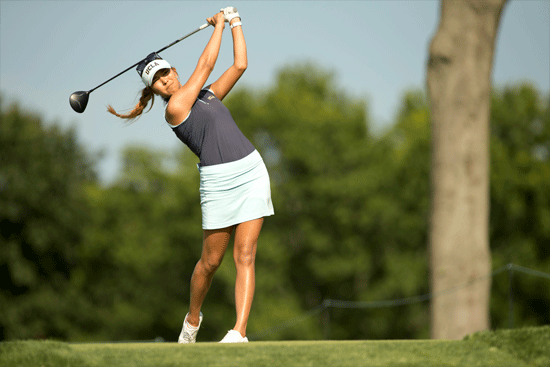 This should fall into the “quick fix” category – meaning that it’s another suggestion that’s going to go down well with a lot of you. There are no swing changes; just a simple change in the way you set up to the ball.

As the sub-title has already shown, you’re just placing more weight on your toes rather than your heels. The reason for this is that as soon as you start to swing the club, your body will attempt to balance itself. As such, if your weight happens to be more on your heels, your body will lean forward as it starts the swing. This is exactly what you need to avoid – and by starting with your weight towards your toes it should have the reverse effect.