It’s one of the most frustrating things that can happen to any laptop owner; the moment when that cup of water, coffee or liquid of your choice slips out of your hand and finds its way spilling all over your device. 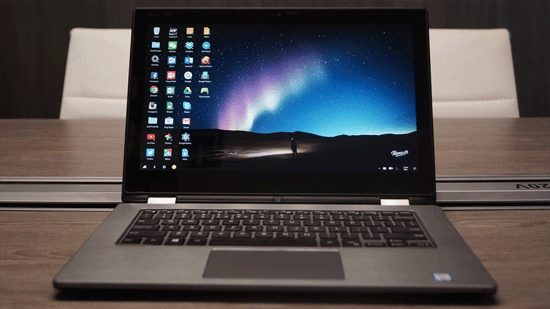 Many owners have found that this is an immediate death sentence for their laptop; there’s just nothing that can revive it.

While this can be the case on some occasions, it doesn’t always have to be. If you take the appropriate steps, there is the chance you can avoid the fizzing and prolonged death that your laptop might incur. Let’s now take a look at the approach you should take if that cup of liquid does spill out of your hand, in a bid to avoid that ultimate disaster. 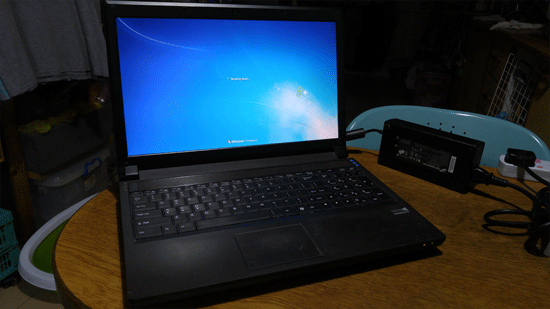 The main mistake that a lot of people who experience this situation face is continuing to use their laptop. The problem is that the damage takes a long time to be obvious. At first, your laptop will probably work as expected – and this leads many into believing that it doesn’t require any attention.

As such, you need to resist this temptation and pack everything away as a matter of urgency. Water damage can take a while to show and by continuing to use your laptop, you will be worsening the problem significantly. You should instead unplug the power cord, shut the device down and remove the battery.

Not only will the above steps increase the chances of saving your device, but from a safety and electrocution perspective it’s also invaluable.

Remove all of the core components 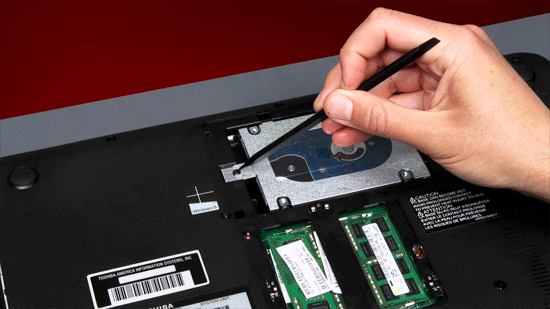 This next part is when things can get a little trickier and you will have to have a steady hand whilst carrying the task out. To start with, remove the screws which hold everything together – in pretty much all cases these will be on the base of your laptop.

The first component you should be turning to at this point is the hard drive. It’s worth mentioning that if you have little experience with computers and assembling them, it might be worth recording your process as a video to ensure that you can repeat it and ultimately put everything together in the right place later on.

Each laptop is going to have its hard drive in a slightly different place, with different screws as well. Remove it carefully, before taking a cloth and lightly dabbing at the component to remove any obvious moisture.

The idea here is for the cloth to absorb the moisture – under no circumstances should you attempt to swipe the hard drive as this can damage it. Once you have seemingly cleared all of the obvious moisture, take a fan or similar device on a low setting to dry any remaining that isn’t visible to the naked eye.

The same approach should then be carried out for all other components, especially the motherboard. Once again, each laptop will have slightly different motherboard configurations, but the aim is to carefully remove and do so in a process which you remember. Again, recording it might be the best solution for those who are inexperienced in doing so.

In some laptops, you might have the capability to remove the screen. If you do have this option, it’s usually carried out by removing two screws at the side of the monitor. This can make the drying process easier – particularly when we move onto “hanging” the laptop and draining away any water which might not be attached to some of the specific components that you have removed in this step from the device. 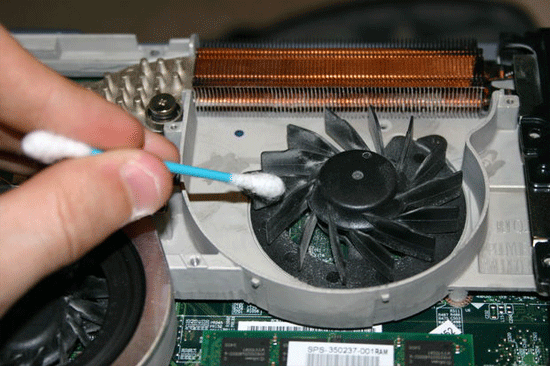 Now that you are armed with all of the components, it’s time to adopt the same drying approach as you used with the hard drive. In other words, you need to dab each of them with a cloth to ensure that as much moisture as possible is absorbed.

Then, as was the case before, use a dryer or dehumidifier to remove any moisture which may have slipped under the radar. It’s generally recommended to leave the components overnight so they can properly dry after this stage as well.

A word of note surrounds potential calcium deposits which might be left on the components. This is perfectly normal, although if they are left before you insert them back into the laptop the parts are unlikely to function properly. As such, you need to use a solution comprised of 90% alcohol to gently wipe them away before reinserting them into your device.

“Hang” the laptop to dry the remaining components and keyboard 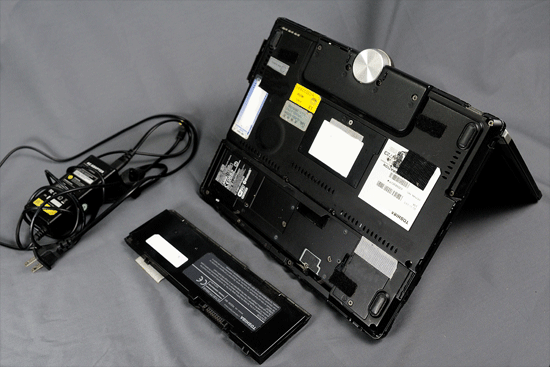 This next stage differs to the process that you would take for a standard desktop computer, as the keyboard is obviously positioned much differently in the case of a laptop. Here, you should be looking to dry this and the remaining components. As you have most probably spilt over the keyboard, the best approach is to hang it upside down over something so the water can escape back out.

Don’t hang it over something hot for obvious reasons – the last thing you need is a melted pot of plastic. A warm room will suffice and do the job. 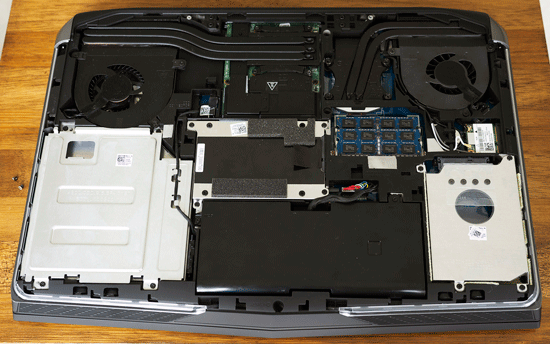 Following on from the above, it’s time to reinstall everything back to its former position. It’s at this point you will probably exercise great relief that you have taken photos and videos of the process so far, as most hardware novices will have forgotten where all of the different parts are located.

Once this has been completed, restore the battery pack and attempt to power up the machine.

Up until now, the whole recovery process will have probably taken several days. While this might be something of an inconvenience, let’s reiterate the importance of this drying-off period. While you might not benefit from the satisfactory euphoria of your computer working immediately after the spillage, in the long-term the chances of you being left with a working laptop are increased substantially.