It could be said that the health industry is absolutely overloaded with information. Whether it is recipe books, blogs, podcasts or any other medium – it’s one of those industries where new information is constantly being released. 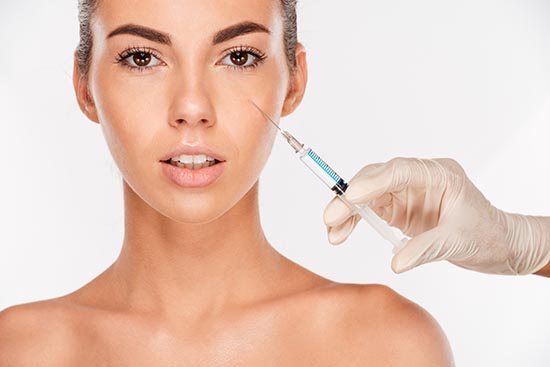 Unfortunately, not all of this information is accurate information. Quite often, very misleading statements are released, and this means that a lot of people who are trying to follow the “right” guidelines are in fact not doing this.

Bearing this in mind, we have collected some of the advice from some of the most respected professionals in the industry. Instead of telling you what you should be doing, we have found out what they say are some of the worst pieces of advice that they have ever heard.

Sarah Bell – Avocados and ice cream are the same thing

Let’s start with one myth which is so ridiculous that hopefully most of you would never believe it anyway. However, according to Sarah Bell, who is a certified health coach, a cardiologist once told a client of hers that all calories are equal. In other words, if you eat a tub of Ben & Jerry’s, it’s the same as eating a tub of avocados.

Suffice to say, this is plain ridiculous. Sure, you can consume the same number of calories by consuming these foods – but let’s stop and think about the quality of food you are taking in for a minute. There is a huge nutritional difference here and consuming all of that sugar content isn’t going to do your general health much good in the slightest.

Next on the list is Chloe Spencer. Like all of the experts that we cover through today’s piece, this is information from someone who well and truly knows what she is talking about. After all, she is a registered dietitian  and has written for international publications like the Wall Street Journal. Chloe is now the managing editor of greenking.com.

First and foremost, Spencer completely buys into the fact that some people need to clean their diet. However, when they say that they are about to do it with a juice cleanse, this sets her alarm bells ringing.

The big problem with juice cleanses is that the fruits mean that they have a high sugar content. Not only that, but as you won’t be consuming any fat or protein, your mood is likely to take a hit as well. This secondary point tends to result in a loss of muscle mass and water weight, which isn’t going to do you any good either (it will simply return with your normal diet).

As such, the best ways to cleanse or go on a detox arise from a green smoothie. However, only keep this for breakfast – you’ll just run into the problems we have already mentioned if you go any further.

If we turn to Jan Patenaude, her pet hate comes in the form of artificial sweeteners. Sure, on face value at least, it might seem as though you are doing your body a monumental favour when it comes to swapping sugar for these sweeteners.

However, on the flip side, there is more to the story. These artificial sweeteners have been found to actually increase the risk of obesity. This is because they play all sorts of tricks with the mind. They can make your brain think that you are consuming carbs, and are therefore about to benefit from a surge in energy. When this energy fails to arrive, you tend to be more likely to eat more.

So, what should you do instead? Rather than turn to sugar or artificial sweeteners, go natural. This might come in the form of honey or maple syrup, for example.

Next on the list is Adina Pearson, who isn’t only a registered dietician but also an intuitive eating counsellor. The piece of advice that she simply can’t stand to hear revolves around eating times, and how you should avoid eating anything beyond 7pm.

Some people will feel hungry towards the end of the day, while these cravings will hit others earlier on. Regardless, listen to your body and act accordingly. Don’t believe the 7pm rule.

Erin Palinski-Wade – Don’t eat multivitamins if you are overweight

According to Erin Palinski-Wade, this next comment was one of the most absurd she’s ever heard. She said that a patient who was overweight told her that multivitamins were not required as she was already overweight, so didn’t need added nutrition.

As well as being surprised at the offensive nature of the comment, Palinski-Wade also notes that there’s every chance that the calories didn’t have the correct nutrients. Even if you break records for the number of calories you are consuming, this might in actual fact be really low in nutrients.

To clarify, all healthy portions should include fruit, vegetables, lean protein, whole grain and healthy fat. If you are still lacking in vitamins whilst eating like this, you can turn to a daily multivitamin. This is regardless of whether you are obese or not.

Jean Miles - Author - Professional Health and Fitness Coach.
Encouraging and inspiring busy working people to take time out for themselves through fitness and general health and wellness.
Follow me on Twitter
Follow me on Google+