It’s proved to be one of the most up-and-coming blockchain technologies that have donned the internet over recent years, and this in itself highlights just one of the reasons why so many people are looking to obtain ethereum. 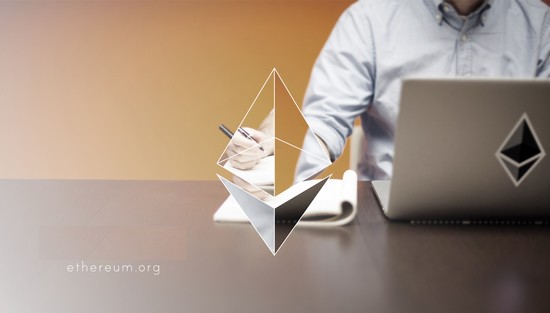 Fortunately, there’s more than one option. We’ll now take a look at how you can mine, buy or trade ethereum and jump on the bandwagon.

How to mine ethereum

The first option we will talk about is how to mine ethereum. For anyone who isn’t overly technical, this is fairly advanced but has obvious benefits.

This can actually be broken down into two areas; cloud mining contracts or the DIY approach where you manually mine ethereum yourself. Let’s take a look at both solutions.

For anyone looking for the “easier” life, this is ultimately the way to go. Unfortunately, while you will surrender maintenance, management and the initial costs, you will also surrender a portion of the profits.

Considering how much technical emphasis is placed on manually mining ethereum, a lot of people feel much more comfortable with this option though.

There are several companies who offer a cloud mining contract, with Genesis Mining and Hashflare being two examples.

By opting for one of these contracts, you can obtain reasonably cheap ethereum. This is because they buy all of their hardware in bulk, resulting in huge discounts, whilst they then place the machines in low cost locations (with Iceland being a common example). In short, their operating costs are very low and they can subsequently pass on savings to consumers.

Contract lengths tend to be in the region of one year and will cost a fixed fee. If you are opting to mine ethereum purely for profit reasons, you will need to perform some math to ensure that these contracts are going to result in a decent ROI.

Due to the slice of the profit that some of the mining companies take, there are occasions where you won’t be able to be in the black.

How to mine ethereum purely by yourself

If you really want to get your hands dirty and reap more profits from ethereum, this next option should be the one you consider.

Once again, mining ethereum is no easy feat. It’s complicated and will be too advanced for some users, but this guide will attempt to make the process as simple as possible. It will talk you through how to mine ethereum on Windows, as this is the most popular platform.

Step #1 – Ensure you have the correct hardware

This first step might be very easy for some of you, or particularly difficult for others. As you may have already gathered, ethereum does require a significant amount of power and some systems just won’t be able to cope. For a basic start, ensure that you have a GPU with at least 1GB of memory though.

The first “real” stage involves the installation of Geth. To put this in plain English, Geth is a program which will communicate between your computer and the ethereum network – so it’s pretty important to say the least.

Once the program is on your computer, it is accessed in a slightly different way than you are probably used to. You will need to open up your command prompt (search for “CMD”).

Next, it’s time to open the destination that Geth has been downloaded into. For the purposes of simplicity, it’s recommended to use the “C:\” drive.

Now that you are in the required drive, you need to tell Geth to create a new account. Doing this involves a simple command “geth account new”. The program will then prompt you for a password; it’s important to note that all of your data will be secured by this password, so it needs to be both secure and memorable.

At this point your account has now been created and it’s now time to communicate Geth with the general ethereum network. While this might sound a complicated stage, it actually just involves the simple command of “geth –rpc”. This will start synchronizing with the rest of the network, so it stands to reason that it can take several hours if your internet connection is somewhat slow.

Once this has concluded, you will need to select whether to mine ethereum or ethereum classic. In case of the former, use the command “geth –rpc –support-dao-fork”, while the latter will be “geth –rpc –oppose-dao-fork”. This command window must be kept open for the duration of time that you mine your ethereum.

Once you have installed Geth and got it functioning as above, it’s time to do the same with Ethminer. This is a somewhat simpler initial installation process and once you have it on your computer, it’s the typical walkthrough that most people are used to whilst installing Windows programs.

Unfortunately, this is the point where the simplicity stops. You are now required to open a new command prompt (so you will have two open in total) and find the newly installer Etherminer in the same way that you found Geth in the previous section.

This is done via the “cd” command which makes it easy to “change directory”. As this has been installed by the standard Windows installer, it will be located with the “Program Files”.

Most of the legwork has now been completed and it’s time to start GPU mining. It’s worth mentioning that this is only going to work after your blockchain has been synchronized – so make sure this from the previous set of steps has finished.

Type in “ethminer –G”, press enter and watch your DAG file being built. Once this has finished, providing there are no problems, the mining will begin.

Unfortunately, problems can exist – and these tend to relate to a lack of memory on your Graphics card. While a new graphics card is the easy solution, you may also mine with your CPU to navigate the problem.

If you are opting for the CPU approach, it’s a fairly straightforward process. By simply typing “ethminer” you can start this approach – and the program will follow the same DAG file process which has already been discussed. Unfortunately, the CPU approach will tend to mine around 0.15 Mega Hashes, as opposed to the 0.25 that the GPU is capable of.

If you’ve decided that the mining option isn’t for you, your next step is to buy it directly.

Unsurprisingly, this isn’t something that you can buy from a standard store such as Amazon. There are various ways to approach buying ethereum, as we will now look into.

How to buy ethereum through an exchange

If you are simply looking to purchase ethereum, the easiest way to do so would be to turn to an exchange.

These tend to charge a small fee for each transaction – but the basis is that you can buy or sell ethereum with standard currency such as dollars or euros. As well as local currencies, some of the exchange services allow you to purchase through Ether and Bitcoin – with Kraken.com being one such example.

How to buy ethereum through a trading platform

Naturally, a trading platform is somewhat different to the above. In this case, it’s about utilizing ethereum for pure profit reasons and buying and selling to achieve this.

In this case, you will be investing in ethereum CFDs. Short for contract for difference, the concept here is simple and you will merely be trading based on the exchange rate.

One of the most common trading platforms comes in the form of Etoro. There are times where the value of ethereum has swung by as much as 30% in a single day, meaning that platforms such as Etoro.com are proving to be increasingly popular amongst traders.

2 thoughts on “How to Get Ethereum – Mining and Buying Ethereum”