It’s quickly becoming one of the most feared terms in the health and fitness industry, and every day there seems to be a new fad around that bids to conquer the dreaded body fat problems. 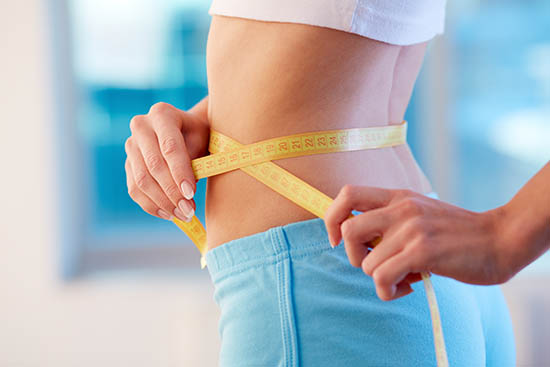 Unfortunately, few of these new misconceptions make any difference in the slightest. Instead, those that are able to curb their fat levels tend to rely on tried-and-tested methods, that have been around and working for decades.

However, in a bid to confirm the above hypothesis, we tapped into the knowledge of seven experts in the health and fitness industry. Let’s now take a look at their best tips for how to shed the fat, once and for all.

This first suggestion might raise a few eyebrows, especially as counting calories is widely regarded as one of the more successful ways in which you can burn fat.

However, according to Abel James, this is something that you shouldn’t be doing. Let’s not forget that James is the host of the Fat-Burning Man Show, so certainly knows what he is talking about when it comes to this subject.

The reason he says calorie counting is bad is because you can start to consume “bad” calories. Instead of doing this, start to look at the ingredients. Find out if they are “real” foods, or if they are just in there as preservatives to make the numbers up. Don’t just rely on calories alone.

In comparison to some of the other advice that we will focus on through today’s piece, it could be said that Jonathan Bailor’s is quite simple.

However, when you consider the fact that he is a New York Times Best Selling Author for his book, as well as being included on countless TV shows, it’s clear that he knows what he is talking about as well.

He says that the secret to fat loss is non-starchy veggies. If you can eat double digit servings of these, you will be well on your way to fat burning success. This is because they are able to fill you up quickly, without obviously containing those dreaded calories.

“See yourself as a fit person” – Jill Coleman

In the case of Jill Coleman, this is someone who is also quite keen on emphasizing the mental side of fat loss. Coleman is someone else who is featured on the small screen regularly, whilst she also has a bachelor’s degree in Exercise Science and a master’s in Human Nutrition. As such, she knows her stuff.

When she talks about mind-set changes, she says that people need to see themselves as fit. This means that you don’t necessarily exercise to lose “x” pounds, but instead do so because you see yourself as a fit person. This can be a long-process but if you can develop these habits of treating yourself like a fit individual, you’ll be amazed at the progress you have.

“It’s all about your stress levels” – Jimmy Moore

Next on the list is a quote from Jimmy Moore, who has himself undergone terrific fat loss. This was all documented via his personal blog, going by the name of Livin’ La Vida Low Carb.

Moore’s advice is that stress is one of the biggest risk factors when it comes to body fat. Even if you have the best diet in the world, and a great exercise regime to go alongside it, if your body is riddled with stress you are on a hiding to nothing. Find a way to chill out and tap into it as a matter of urgency; you’ll be amazed at how differently your body starts to deal with fat.

Far too often there is a lot of finger pointing when it comes to the health and fitness industry. If you are on a diet, and ultimately not getting very far, it becomes quite common to start blaming others.

Well, according to George Allen, this is something that needs to stop. Allen is a qualified nutritionist, the founder of MensAnswer and has written for some of the biggest publications in the healthy living space. He says that a change in mind-set will be your biggest win. If you can start to become more proactive about your health, and motivating yourself rather than relying on others, you’ll find that it becomes easier than ever before to shed those last few grams of fat.

Someone else who is big on perfecting your mind-set is Tom Terwilliger. The fact that he used to be Mr. America, as well as being a best-selling author, is sufficient evidence to us that his words mean something in this regard.

He believes that those who map out a proper weight loss goal are much more likely to succeed than those who don’t have any structure. He says that you have to feel good about these goals, and understand that achieving them means something fantastic for you. If you don’t have such feelings, it’s time to re-evaluate them.

“Get the basics right” – Chris Freytag

If we turn to the advice of Chris Freytag, it’s clear that this is someone who relies on the basics. This should not be underplayed either; after all, Freytag is hugely renowned and having been a contributor to NBC for over a decade, she has a superb reputation in the industry.

When we talk about the basics, she says it’s all about portion control, eating real food and just making sure you perform at least some movement on a day-to-day basis. In other words, make things as natural as possible.