It’s one of the most popular dog breeds in the world, but that certainly doesn’t mean to say that owning a Labrador is easy. As most owners will testify, it’s anything but and particularly in the puppy stage you can really start to question yourself and if you did the right thing! 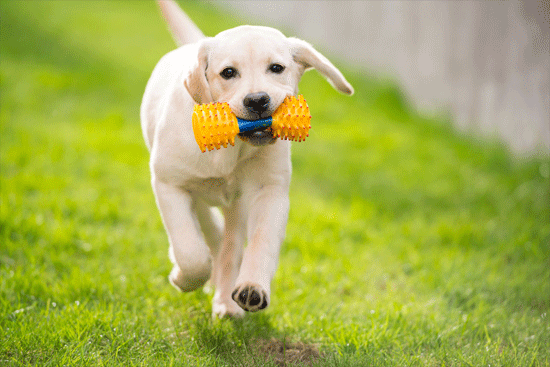 From chewed staircases to puddles in the kitchen; puppies can bring all sorts of bad behavior. Fortunately, as we all know, there is light at the end of the tunnel and the end result of a well-trained, mature and loving dog means that it’s all completely worth it.

In a bid to help you get to this stage in record speeds, we have put together the following guide. We will now take a look at eight common mistakes that are made by Labrador owners as they bid to bring their pet pooch up to scratch. Eradicate these from your lifestyle and you’ll be amazed at the effect on your dog. 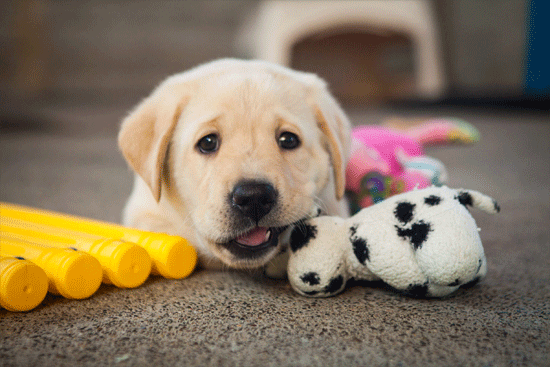 This is one of the principal mistakes that a new owner of a Labrador will make. In some ways, it’s understandable. After all, when your dog arrives home you tend to want to make the most of his “cute” appearance and this tends to mean forgetting about basic rules and training that can keep them in line.

Suffice to say, this is asking for trouble. It doesn’t matter if you get the Labrador when it’s a few weeks old or a few years old, you need to insist on the same training regime. Your dog will develop habits on how to react to certain phrases and instructions and this really is a case of the “earlier the better”.

Of course, for young Labradors, you might not be able to teach them advanced training. The point we’re trying to make is that you can help them perfect basic commands from as soon as they walk through your front door.

Mistake #2 – What works for one dog, might not work for another 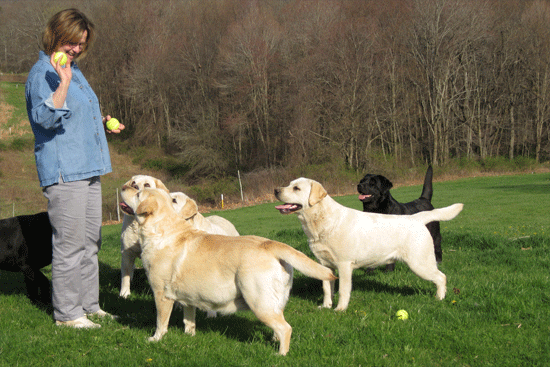 As we all know, there are all sorts of training books and programs that are now available. While the authors of these guides might suggest that they will work for everyone, try not to buy into this sales tactic.

We’re by no means discrediting any of the dog training books that you come across. However, to think that each and every one is going to work with your Labrador would be a gross inaccuracy.

Every dog is different and what works for one breed, isn’t necessarily going to work for another. Not only that, but what works for one Labrador isn’t going to be successful to the one down the road. There are lots of factors to consider and the best advice is to keep trying different ones and find the one that works the best for you. Don’t give up too fast by any means.

Mistake #3 – Being too harsh on your dog 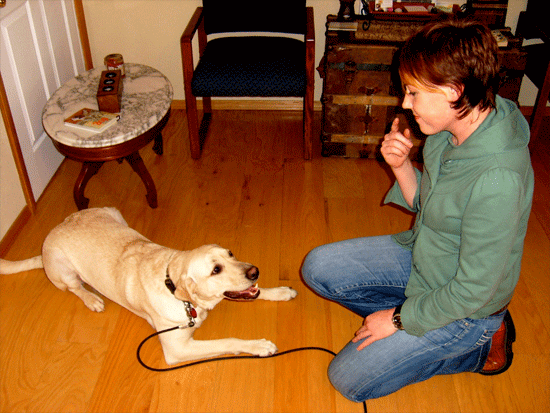 Something that modern-day trainers have found out is that there is no room for punishment in a successful dog training program. It has been found that those owners who reward their dog, rather than operate on a punishment-based system, reap much better rewards.

When we talk about punishment, we’re referring to the likes of yelling or hitting them, grabbing them or jerking the leash. All of these have the risk of making your dog more fearful or worse still, prompting aggressive reactions.

Instead, it’s all about earning your dog’s respect via the “right” channels. 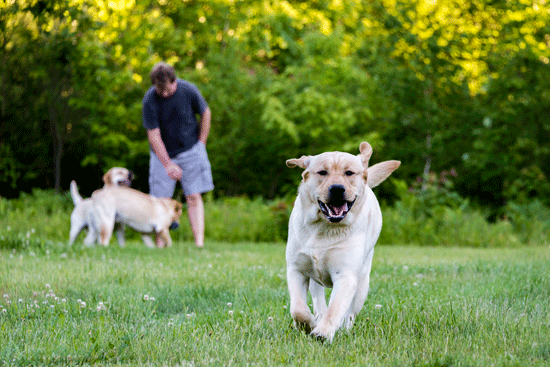 A lot of Labrador owners will call their canine friend over to deliver a form of “bad news”. It might be a reprimand, or it might be to call them inside as they are about to head out. Regardless of the reason, it’s not going to go down well.

Every time you adopt this approach of calling your dog to you for a bad reason, you are effectively issuing a punishment for them returning to you. 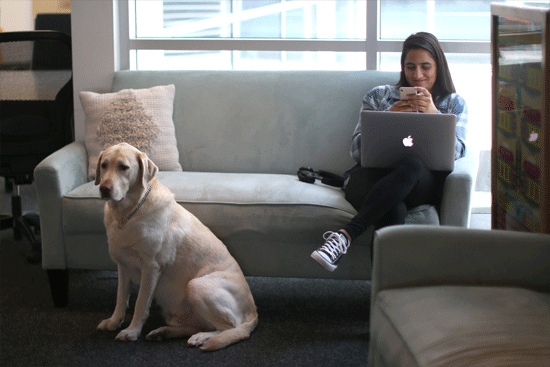 This next mistake follows on perfectly from the previous one we’ve just looked at. A lot of owners will reinforce bad behaviors without even realizing it.

For example, if your dog is frightened the most common reaction is to comfort them. Or, if your dog is frantically barking outside, most people will immediately let them inside. All of these behaviors can make the dog feel as though their actions were unacceptable and reinforce that it’s fine for them to do them in the future.

Let’s not forget that dogs crave social attention and merely giving them this is regarded as a reward in their eyes. In fact, if you decide not to give them any attention, this is seen as much more detrimental to them than if you were giving them negative attention. 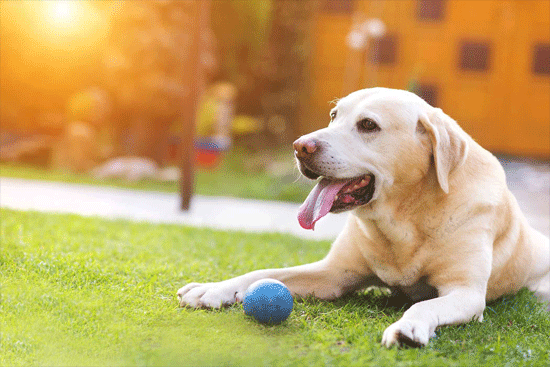 As any parent will testify, raising a child can become very frustrating at times. Unfortunately, the same rules apply with dogs.

To say that dog training takes time would be a gross understatement. It’s something that can, for certain things, take years to master. This means that it does raise your stress levels, particularly when your Labrador takes longer than you imagined to pick up new skills.

If you are starting to grow frustrated with their training, start to question yourself. Ask yourself if you are training them in the right way, or if a different approach might be more worthwhile.

It’s also worth mentioning that losing patience isn’t all about yelling. You might start to reward your dog after he responded to your second or third command. In his eyes, this makes it seem as though you only offered a “suggestion” and not a “command”. You have lost patience because you have “given up” and issued the reward regardless of his compliance with your command. 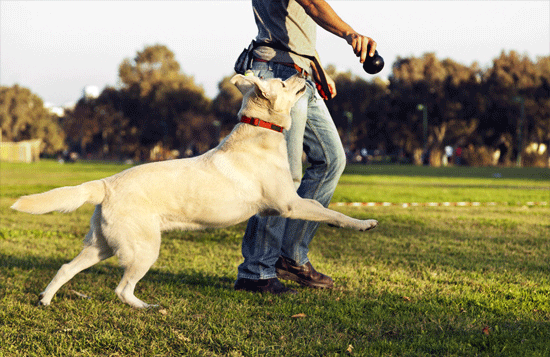 This might be quite low in our guide but in truth, it’s one of the most common mistakes that any Labrador owner will make. Maybe it’s due to their soppy eyes; we’re not going to speculate. However, most owners will offer a lapse in training from time to time, whether it’s allowing the dog on the couch or to jump up at a stranger.

Well, even if you just allow this behavior once, it’s still reinforcing the wrong behavior. As soon as you start to fall into this trap, it becomes very difficult to re-teach the commands as your dog is left utterly confused at what is right and what is wrong.

These lapses don’t just have to relate to out-and-out rule breaks either. For example, if you are teaching your dog to lie down and he goes halfway down, rewarding him at this point is again just going to initiate confusion. 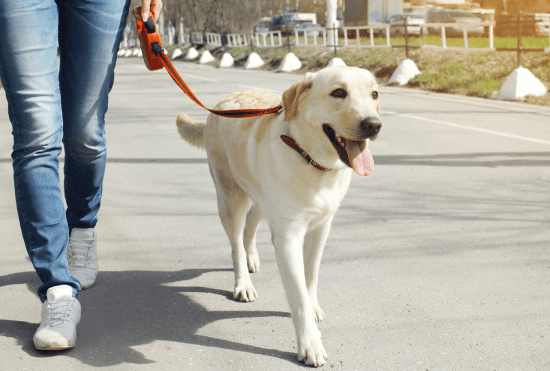 Following on from all of the above, let’s reiterate the importance of a good and long training regime. Those of you who regularly train your Labrador will really start to notice the results and suffice to say, if you don’t fall into this category, the opposite will occur.

The best advice is to pick just one training topic to concentrate on, and try and work on it for a maximum of 15 minutes. If you venture past this point, there’s every chance that boredom is going to kick in and your dog will no longer be interested. Try and ensure that you participate in these sessions several times a week, bringing in new techniques to keep your dog interested and ultimately allow them to learn new things.

It’s worth mentioning that this training should never stop either. In other words, just because your dog has passed the puppy stage, it doesn’t mean all training should cease. Sure, it might start to slow down somewhat, but your dog should be constantly learning and picking up new things – even as they reach “old age”.