It doesn’t matter if you are hiking, climbing or skiing – visiting the Alps is the pinnacle of any outdoor enthusiast. 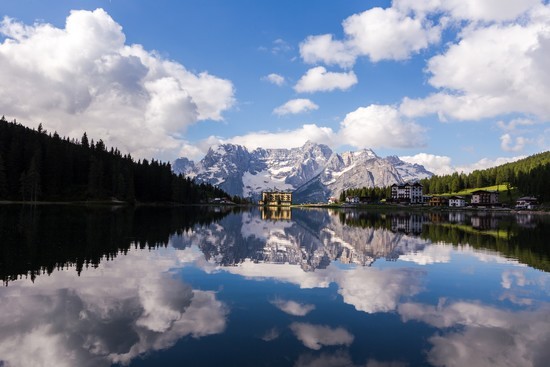 Of course, it goes without saying that it’s hardly the equivalent of a trip to the Costa del Sol. In other words, it’s a completely new environment, full of all sorts of challenges, and this means that a lot of beginners make some typical mistakes that can blight (or sometimes ruin) their trip.

Following on from the above, we’re now going to take a look at ten mistakes which are generally made by people who visit the Alps. If you can stay away from these, the chances of a successful stay immediately increase.

Mistake #1 – Failing to plan your route. 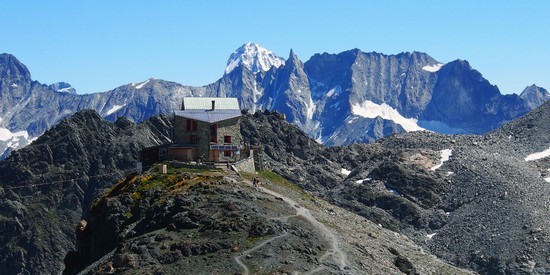 Let’s start with one of the simplest, yet arguably most frustrating, mistakes anyone new to the region can face. While you may think that you have spent sufficient time planning your route, there are no excuses for failing to double-check.

For example, if you are heading to Eiger from Chamonix, a common mistake is to travel via Grimsel Pass. At certain times of the year this would be completely acceptable; after all, it’s the quickest method.

However,if you’re traveling between October and May, you will most probably find that the road is completely closed due to the high snowfall.

Therefore, whilst Google Maps and other GPS services can sometimes help you – make sure you double check every route as the treacherous nature of this region means that roads open and close at a whim. 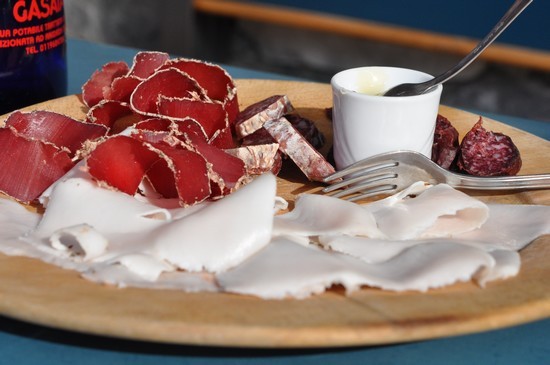 This mistake relates to your physical condition in some ways, although we will venture onto that topic in full shortly.

In simple terms, you will need a much different diet as you take to the Alpine mountains. A combination of the freezing temperatures and immense physical excursion means that your body is under much more strain and subsequently requires more fuel 1.

It will be consuming more calories and as the basic equation dictates, this means that it requires more as well. To throw some figures into the equation, you might be burning three times as many calories as you usually would.

The solution is simple; you need to take your diet seriously.  Slow burning carbohydrates need to be on the menu and if possible, these need to be “quick and easy” foods. In other words, you need to be able to dip into them through the day, rather than having to stop and sit down to chew through them. Legumes, vegetables and grains all fall into this category.

Mistake #3 – Not being aware about your own levels of fitness 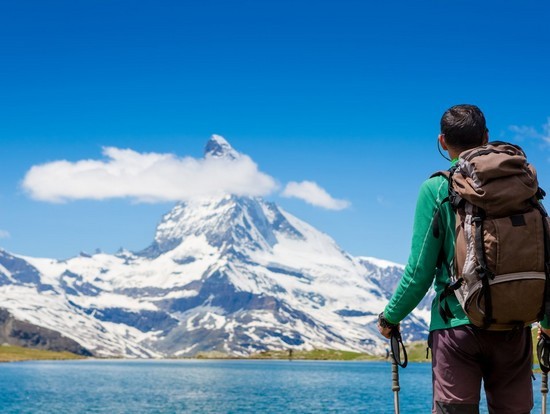 As we’ve just touched upon, there are some massive misconceptions out there about levels of fitness. A lot of people who take to the Alps just don’t understand where they really stand in this regard – and are made to pay as their ascent begins.

We’ve already said that you can burn triple the amount of calories during your hike, so this should probably showcase just how much physical excursion is going to be placed on your body.

There are two ways to ensure that you don’t make this mistake. The first is just preparing your body in advance, and training to a degree which will allow you to climb the mountain.

The second is to accept what your body is capable of. From this point, you can then plan an appropriate route. This is where a custom hiking tour might be advisable, with the Swiss Alps 2 Day Guided Tour from Lucerne being one example.

By opting for a solution like this, you will still have the opportunity to explore the best hiking areas in the Swiss Alps, but the route will be completely custom and based on your own fitness and experience.

The only requirement with such a tour is that you are comfortable on your feet and not afraid of heights. Armed with these basic skills, you will be taken through the likes of the Pilatuskette mountain range, Surenenpass, Walenstöcke and Wildspitz.

A lot of the roads along the route are car-free, which just adds to the charm, while you can be provided a bike for some of the trip which some tourists like to take advantage of.

Click here to learn more about the recommended tour. 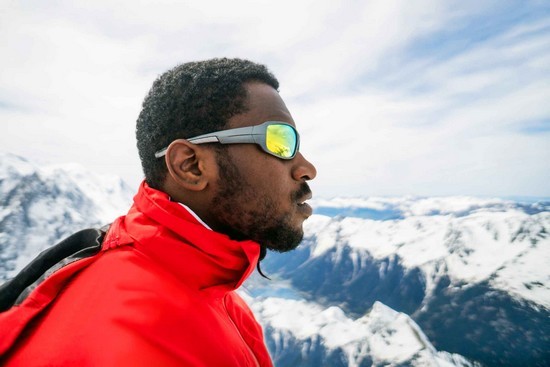 You’re based in the freezing cold, so it stands to reason that sunburn isn’t going to be a problem. Right?

Unfortunately not. Despite the minus temperatures, this is the prime time where your body is going to be susceptible to the sun’s rays.

There are two reasons for the above. Firstly, there’s a psychological one. A lot of people mistakenly believe that the cold temperatures automatically protect them from the sun, and subsequently don’t take any action.

Perhaps an even bigger reason is because of how the sun and snow react though. The sun effectively rebounds from the glaciers – meaning that your body is subject to UV from all angles 2.

As such, the solution is simple – apply sunscreen generously. Make sure you cover all of the main victims of burn including your nose, ears and face; basically, any uncovered skin. 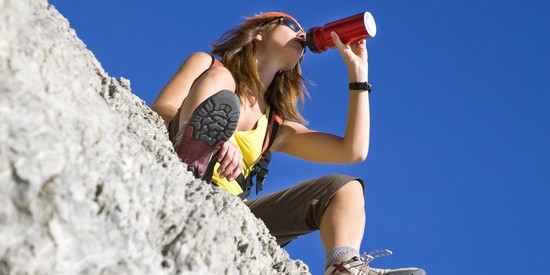 Following on from the previous couple of points, this next one really shouldn’t come as a surprise. Another common mistake amongst hikers in the Alpine mountains is that they don’t consume anywhere near the amount of liquid that they should.

The cold weather can sometimes fool you into thinking that you aren’t dehydrated – but at such high altitude levels you will dehydrate much more quickly than normal 3. On the subject of dehydration, it’s important to make sure that you recognize the common symptoms such as headaches and tiredness and don’t mistake these for altitude sickness.

Make sure you stick to water and avoid the likes of coffee and tea which can just exaggerate the problem.

Mistake #6 – Avoiding the big spoon on an evening 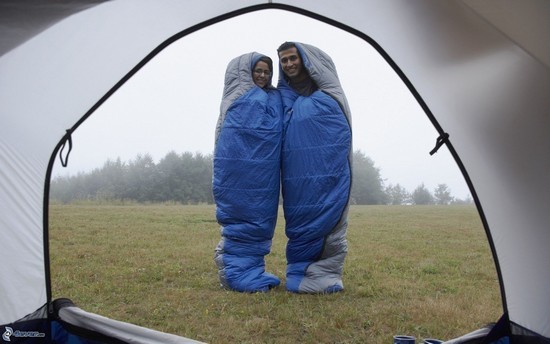 This is perhaps one of the stranger mistakes that people make – but in the interests of staying warm there can be no excuses for failing to spoon when night falls. It doesn’t matter who you are traveling with, male or female, friend or foe, the point is that there is no substitute for body heat in the cold depths of the Alps.

We’ve already talked about the temperature perils you will face on the mountains, with these simply enhanced as night falls and the temperatures subsequently drop as well. While sleeping bags can help to an extent, very few pieces of equipment will beat the power of spooning and sharing body heat with someone else.

A lot of people find that this actually makes them have a “warm” night of sleep – the advantages are not to be sniffed at!

Mistake #7 – Taking on too much, too soon 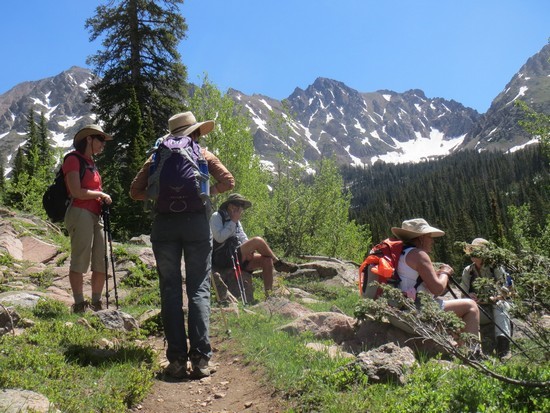 This will be the pinnacle for most people so in some ways, this next mistake is perfectly acceptable. We’re talking about taking on too much too soon and attempting routes that are simply too advanced for your first few days.

There’s no doubt that you’ll need a degree of acclimatization during those first few days, as you start to get used to your new environment. When we talk about the environment, this relates to everything from the low temperatures, to the altitude and the immense physical pressure that your body will be under.

If you do make this mistake, your boy will succumb to shock pretty quickly. You’ll most likely suffer with exhaustion symptoms, including dizziness and all sorts of other feelings that you really don’t want halfway up a mountain.

As such, make sure that your routes are realistic – and the difficulty levels gradually increase.

Mistake #8 – Only visiting the Alps in the winter months 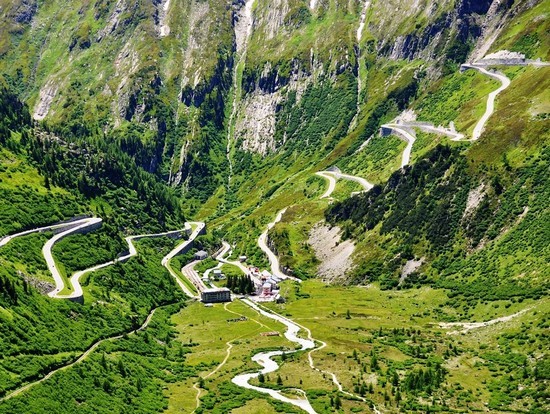 A lot of the mistakes we have focused on relate to events that occur during your visit to the Alps. This next one can be prevented long before you arrive in the area – you need to take off the blinkers when it comes to the time of year you are visiting.

While the Alps is associated with snow and the general consensus is that you must visit during winter, this most definitely doesn’t have to be the case. Sure, skiing might be off the agenda, but you will still be open to glorious beauty, walks in utterly picturesque landscapes and sights that tend to be disguised in the winter. As well as the above, it tends to be cheaper, as well.

As summer trips aren’t as well documented, organized tours tend to be advisable for this time of the year. One example is the Small Group Summer Tour from Lucerne, which encompasses the likes of Aare gorges, the Grimsel Pass, Urseren Valley and the Gotthard massif.

The tour is just short of eight hours, meaning that it certainly won’t eat away your break, but you will be immediately taken by a qualified guide directly to the main sights that have just been mentioned.

As well as the above, you’ll also have the chance to pass through Devil’s Bridge, the Ice Tunnel and cast your eyes over Dead Lake. You’ll be provided ample time to walk around each part of the guide, so it’s a very easy way to see the best bits in a short period of time.

Click here to learn more about the recommended tour.

Mistake #9 – Failing to take advantage of the lifts

There are few things in life which are certain, but there’s no doubt that the expensive price of lifts are one of these. In other words, you will always pay through the nose to use the lifts.

A common mistake is trying to cut costs in this regard.

Unfortunately, it’s just asking for trouble and while you will save a pretty penny, it comes at a huge cost. It will cost you your fitness, meaning that you will struggle to compete the main parts of the hike.

As well as this, there’s the obvious time factor – these lifts cut huge amounts of time from your ascent and you shouldn’t ignore this, for the sake of saving money. 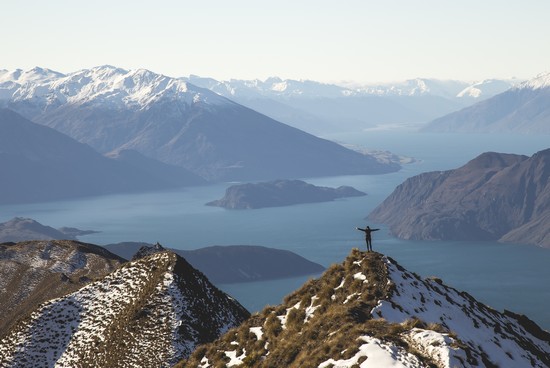 Sure, the mantle of climbing Mont Blanc in half a day might sound impressive, but it’s pretty stupid as well. You might hit the gym every day and be in optimum physical condition, but this doesn’t automatically guarantee that you will combat every mountain that you come across.

Unfortunately, there’s the small matter of altitude sickness  4. If you ascend too quickly, you are more likely to suffer. Suffice to say, a degree of patience is needed when it comes to these big mountains and if you do succumb to the effects of altitude sickness, it may even result in you not completing your hike.